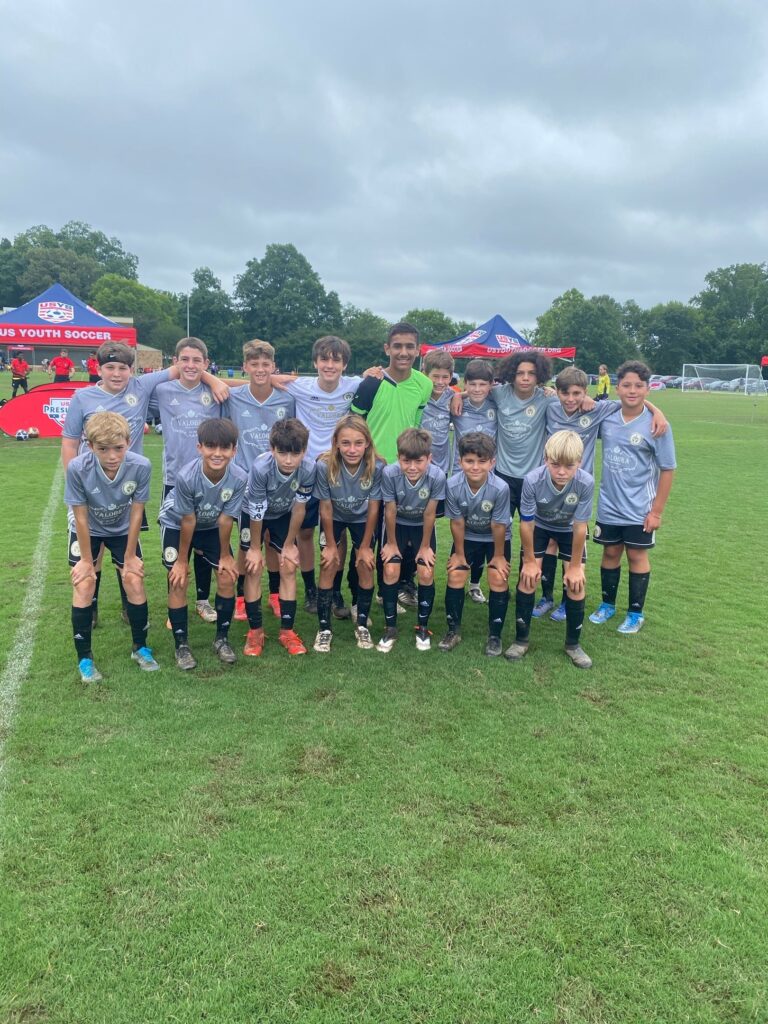 The 2008 Boys U13 participated in the 2021 US Youth Soccer Southern Regional President’s Cup June 9-13 in Decatur, AL.  They played three matches total against CSASS Azzurri Storm Soccer, Inc. from Florida, Jonesboro CC ARFC from Arkansas, and Charlotte Soccer Academy from North Carolina. Coach Josey Portillo led the boys to two wins and one loss.  They lost their first match against Florida 5-3 in the pouring rain and won their matches against Arkansas 6-0 and  North Carolina 4-2.  The 2006 and 2008 teams cheered each other on at their matches and overall it was a great week for NOSFC soccer.