Congratulations to our 2002 Player Nick Morrow on his acceptance of a soccer scholarship to Young Harris College!!!! 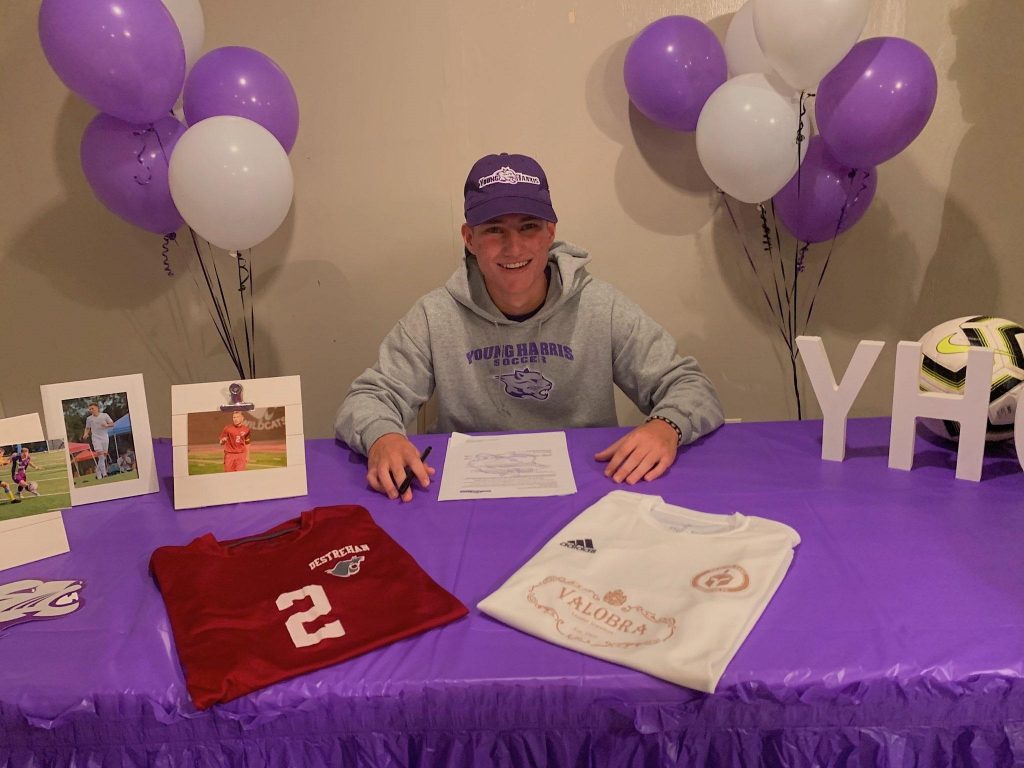 Young Harris College is a Division 2 school located in Young Harris, about 2 hours north of Atlanta, Georgia. The Young Harris men’s soccer team competes in the Peach Belt conference under Head Coach Mark McKeever. Young Harris is one of the top teams in the country having been ranked in the top 10 in 7 out of the last 8 years. Twice, Young Harris men’s soccer team has been ranked #1 in the country having undefeated seasons. They have won their conference regular season 5 of the last 7 years, their conference tournament 3 of 7, and have been featured in the NCAA national tournament 6 of 7 years and of these have been twice in the elite 8 and 4 times in the sweet 16.  In the past 6 years, 12 players have gone on to sign professional contracts.

The reason Nick chose to continue his education and soccer career at Young Harris is based on the magnitude of resources available under Coach Mark and Coach Dean and the amounts of success on the field and in the classroom!! Go Mountain Lions!